This is completely random, and you're probably thinking that it we're only just into October, let alone December. However, I am superly duperly (I'm aware that neither of those are words!!) excited for Christmas this year for some unknown reason. I, among many others, watched Zoella's vlogmas videos last year. In these videos she had a whopping total of 5 advent calendar! (Admittedly, only 2 of them were chocolate one but still!!!) She purchased the body shop's '24 days of joy' beauty calendar, a well as Benefit's 'Countdown to love' calendar.
I never knew that beauty advent calendars was a thing until I saw these vlogs, but the moment I saw them I fell in love with them, and the idea popped into my head the other day again, and now I just want them all!!
Anyway, I need to stop rambling! I thought I would do this just to introduce it to some of you guys, if you haven't already heard of them, and mention the ones that have caught my eye! 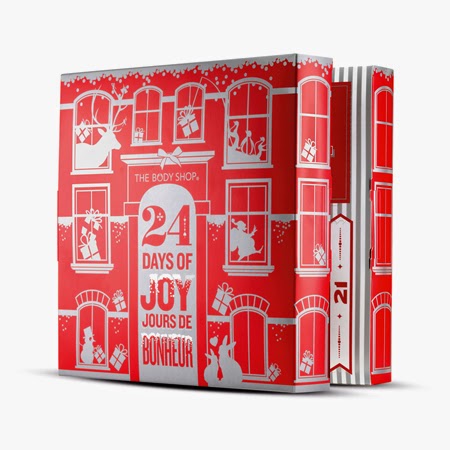 'The Best of the Body Shop, 24 days of joy' -£50.00
This (or the No7 one) has to be the one I want the most! Firstly, it just looks so pretty!! The design is amazing and it makes me feel so Christmassy! After the amazing reviews it had last year, people will be expecting big things this year. It contained some of their actual, fully sized products, instead of tiny testers like some other calendars did last year. You are looking at £50 for this calendar though, which I personally can't justify myself spending (even though I really badly wish I could)!! I am ever so slightly desperate for this one after how much you get for your money, but if you are looking to get one then I would put this very highly on your list! They also sold out quite quickly I think so if you do want this then you will probably have to grab one quickly when they are released!! 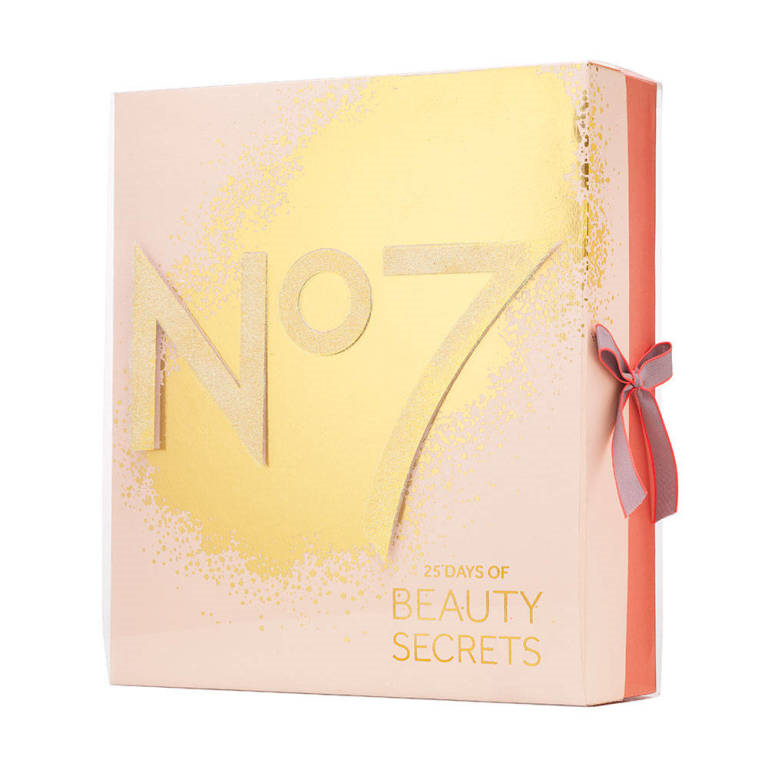 No7 '25 days of Beauty Secrets' -£35
Like I just said, I think this is joint top with the Body Shop's calendar. Boots did their first advent calendar last year and it went down really well. This year they have decided to do it all on No7 beauty items. It is a little cheaper so I am still debating as to whether to treat myself or not! Boots have claimed that the value of the products you get it £130 so you definitely get your moneys worth! The other problem for me is that it isn't as pretty as the Body Shop's calendar though which puts me off ever so slightly! I would almost go as far as saying that I really don't like how it looks! 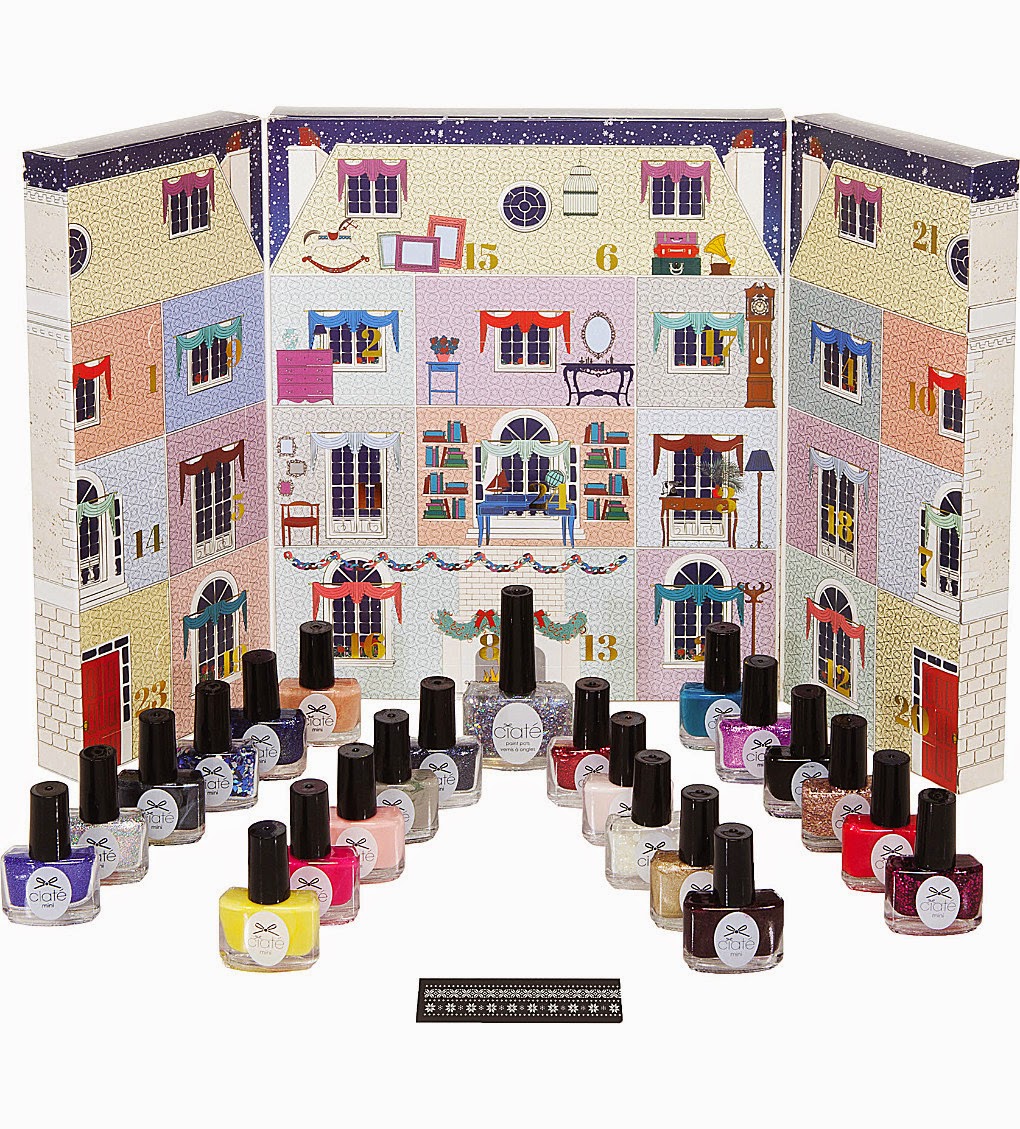 Ciate Mini Mani Manor nail polish advent calendar -£49
I think that the design of this one is so incredibly pretty! It makes me feel so festive and I love the opening doors to reveal the house design thing they have got going on! This beauty calendar consists of only nail varnishes, but from last years reviews, they are all a really good size and they are of a good quality too. It is on the pricey side again and I won't be buying this one this year, but maybe in the future I will save up money all year long or something and buy about 5!! 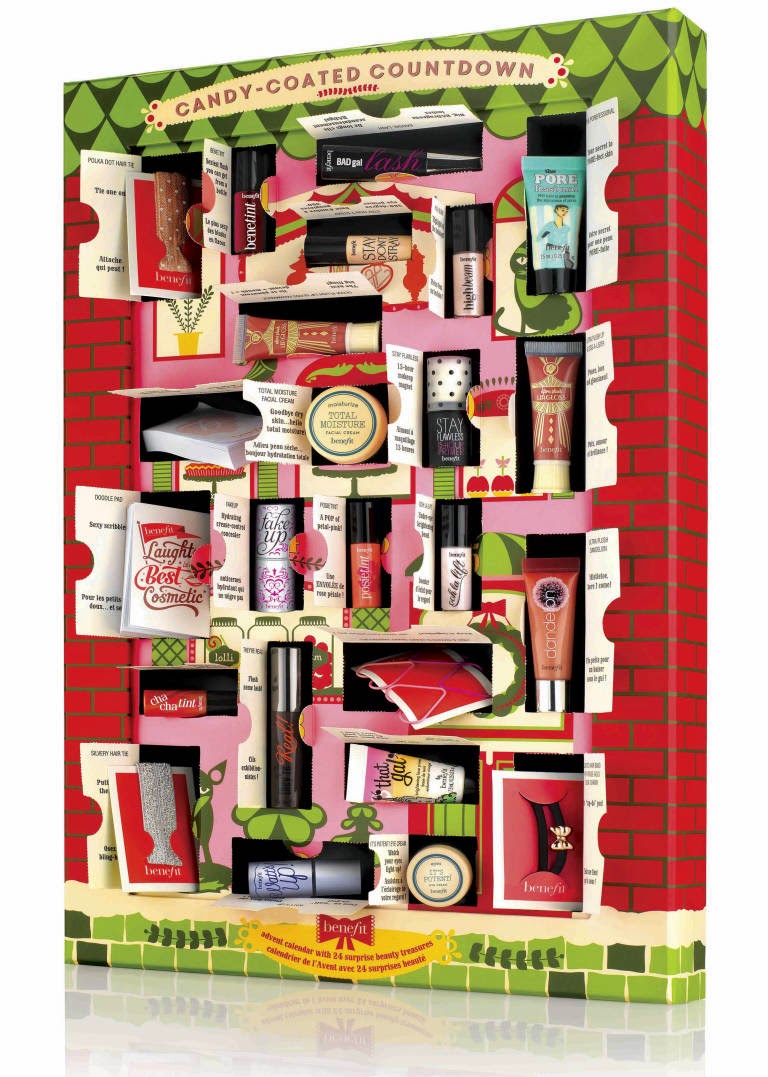 Benefits Cosmetics -£60
Again, I can't justify spending this much money on an advent calendar, but doesn't it look so pretty?!! Last years design by Benefits was probably one of my favourites that I have seen, but it was a huge disappointment to many people. £60 is a lot of money, especially if you're spending it on something that isn't worth it. Many of the items included testers that you can get free over the counter and a few 'make-do' items such as a heart on a piece of string, that was called a 'necklace'! For £60 I think that is unacceptable to be perfectly honest and I would have been so annoyed if I had spent my money on that! Having said that, they have changed the door sizes this year, which many people said would have made the product better. So maybe they've learned from their mistakes???
Thanks for reading and just writing this has made me feel incredibly festive, even if it is the beginning of October! I would love to know if anyone knows of any others and if they got one in previous years!
xxx
Posted by Unknown at 12:36

How did you get to this blog?